Investing in gold bullion is not as simple as it seems. The choices available to an investor are too many that it can easily confound a beginner in the field. Scores of doubts and questions pop up in the mind that they are hard to ignore.

Is physical gold a good investment choice? Bars or coins? Bullion or numismatic? What are the best ones to buy? Where to buy them?

There is also the question of criteria for making the choice. Is the premium on the spot price of gold the only point to consider? If not, what else? 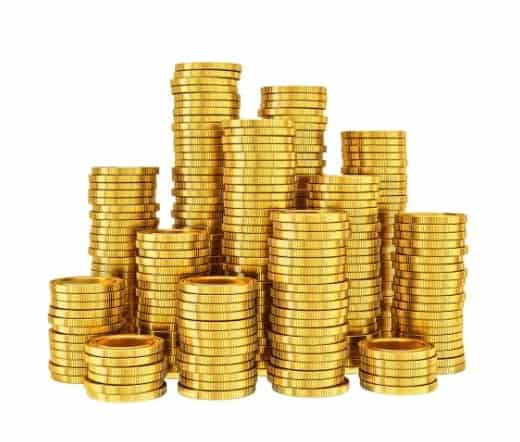 And, there are also the overzealous or surreptitious dealers who try to promote numismatics and collectibles that you need to be aware of and know how to deal with.

Financial experts advise beginner investors to get a good understanding of the world of precious metals before testing waters. This article attempts to answer some of the above questions to help you make an informed decision.

Gold had proved its worth as a store of value and a hedge against negative economic trends like inflation and depreciation. Investment options in gold are diverse enough to suit the needs and preferences of retail investors.

Those who want to take full advantage of the potential of gold as an investment should opt for physical gold. Bullion bars, bullion coins, and jewelry are all physical forms of gold but differ in their profit-making aspect.

One main disadvantage of physical gold is the need to keep it secure. This necessitates extra expense on storage and insurance. Those investors who want to tap the advantage of gold but prefer paper investments may go in for gold stocks, gold mutual funds, and gold ETFs.

The drawback of paper gold is that the gold price is only one of the factors determining its worth. And, gold jewelry is a poor investment choice for its high markup. This leaves investors with the choice of gold bars and gold coins.

Bars or Coins: Which one is the ideal choice for you?

Bullion bars are made with the sole aim to serve as an investment vehicle. It’s minimal aesthetic appeal and workmanship ensure the premium is kept as low as possible. Designed for easy stacking and minimum space, bars come in a wide range of weights.

The lack of beauty and artistic value of bars is a deterrent for many retail investors. While bars are the preferred choice among institutional buyers, individuals seem to prefer gold bullion coins.

Though a bit high on premium, gold coins are the best choice for investment for a variety of reasons. They are easy to identify and easy to buy as well as sell. The demand has always been high for them and most probably you will be able to get back the extra premium paid for it, sometimes even more.

Bars, on the other hand, have a lower premium but if you want to liquidate them quickly, you may lose out on the advantage. Buyers are harder to find for bars and the transaction charges are high.

What to know more?

Once you have shortlisted bullion coins, it doesn’t get any easier. The selection of gold bullion coins is plenty to perplex even a moderately-informed investor. The gold dealers that you approach to buy them do not make it any easier. In fact, many of them will lead you down the wrong path.

Before proceeding further, you need to understand that there are primarily two types of coins – bullion and numismatic. The former is minted for investment with a small premium to cover its manufacturing costs.

On the other hand, numismatic coins are rare or collectible ones, aimed at collectors and speculators. Premium, markup, and transaction charges are dramatically high for these coins and do not follow any standard rule.

Another drawback is the difficulty in finding buyers for them. Collectible coins do not get any tax breaks and the no-confiscation tag attached to them is nothing but a lie. The expert advice would be to stay clear of numismatic coins if you are a serious investor.

So, now with the choice narrowed down, let us take a look at the best gold coins for investment.

Bullion coins are minted by national mints as well as private mints. The government-issue ones are legal tender and come with a face value. However, their intrinsic worth far exceeds their face value. The newly minted coins are sold in fool-proof packaging and their purity is assured by the mints with assay cards/certificates.

Bullion coins feature the issuing country’s head of state, iconic symbol or prominent personality, a deity, mythical character, or any other image on their obverse (heads or front face). Their reverse (tails or the back face) typically has some artistic design, symbol, and value.

Here is a detailed look at the top 10 bullion coins.

One of the most sought-after and recognizable among bullion coins, the American Eagle one ounce gold coin was first issued in 1986. Boasting the iconic Augustus Saint Gaudens design, the coin has Lady Liberty holding a torch in her right hand and an olive branch in her left on the obverse, and a modern motif of a family of eagles on the reverse.

The gold American Eagle is minted with 91.67% gold, 3% silver, and 5.33% copper, making it 22-karat in purity. Its legal tender value is $50 but its actual worth is based on the gold indexes. Issued in limited numbers each year, the coin has the year inscribed in Roman numerals until 1991 and in Arabic numerals thereafter.

The American Eagle 1 ounce gold coin offers two choices – proofs (mirrored blanks with finer details) and uncirculated coins (burnished blanks hand-made in a press). The popularity of the gold American Eagle makes it easy to trade. It is also approved for investment under an Individual Retirement Account (IRA).

One of the preferred coins for investors seeking a fine gold coin, the American Buffalo 1 oz gold coin was first issued in 2006 with .9999 fine gold (24 karats). Featuring a classic Native American profile on the obverse and an American Bison on the reverse, the coin carries a legal tender of $50.

The coin is designed with irregular edges and uneven thickness as a tribute to the Wild West. This is the first and only coin in fine gold minted in the United States Mint. Also known as a Gold Buffalo, the coin is softer and more susceptible to wear and tear than the American Eagle as it is pure gold without silver or copper to lend it more durability.

Available in two choices – proofs and uncirculated coins – the American Gold Buffalo is also issued in ½ ounce, ¼ ounce, and 1/10 ounce.

One of the best and most popular issues from the Royal Canadian Mint, the Canadian Gold Maple Leaf comes with a fineness of .9999 and legal tender of $50 Canadian. First issued in 1979, the fine gold coin ruled the roost until the arrival of its American counterpart.

With its exacting standards of quality and value assurance, the coin is considered the purest gold coin in the world. This has earned the Canadian Maple Leaf gold a loyal clientele that is forever expanding. Even during the slack periods for gold, the demand for the coin never witnessed a dip.

A favorite among investors worldwide, the Krugerrand is easily recognizable with the profile of Paul Kruger on the obverse and a springbok antelope on the reverse. Since its initial issue in 1967, Krugerrand is one of the easily available gold coins. The fact that Krugerrand has sold more of them than all others put together is proof of its immense standing among investors.

The Krugerrand is minted with a purity of 91.67% (22 karats) with the rest 8.33% copper to add durability to it. The coins are issued in two selections – ones with 160 serrations on the edge and proofs with 220 serrations.

Krugerrands are also available in ½ ounce, ¼ ounce, and 1/10 ounce variations. As a commemorative issue for its 50th anniversary, 1/20 ounce and 1/50 ounce coins were also introduced.

A thing to remember when choosing Krugerrand is that it is easy to counterfeit and is one of the most counterfeited gold bullion coins due to the lack of security features and high popularity.

The sovereign was first issued as a legal tender with a face value of one pound sterling in 1817. Now sold as a gold bullion coin, the design of the sovereign has changed with each monarch since its first issue. While the obverse features the profile of the reigning monarch, the reverse designed by Italian sculptor Benedetto Pistrucci has Saint George slaying the dragon.

Counterfeiting is a concern for all popular gold bullion. To counter this, the coin has added security features at the same time enhancing its appearance. A latent image on the lower left-hand side of the coin changes from a trident to a padlock. In addition to this, the surface animation brings alive the background of waves and shield bears the Union Flag accented with tincture lines.

Considered a masterpiece among 24 karat gold coins, the Austrian Philharmonic 1 oz gold coin is also known as the Vienna Philharmonic Gold, named after the world-famous Vienna Philharmonic Orchestra. Its design also takes inspiration from the famed orchestra. The coin has a Musikverein Pipe Organ on its obverse and a collection of orchestra instruments on its reverse.

Issued first in 1989, the Philharmonic is a beautiful work of art weighing 1 oz gold and boasting a fineness of .9999. It offers a legal tender of 100 euros. The coin also comes in ½ ounce ¼ ounce and 1/10 ounce sizes with face values of 50, 25, and 10 euros, respectively. For the 25th anniversary of the coin issue, a 1/25 ounce coin was also introduced featuring the same design.

A popular issue from the famed Kangaroo series of the well-respected Perth Mint, the one-troy ounce Australian Gold Nugget is minted with a fineness of .9999 (24 karats). Featuring the country’s iconic animal in a different setting each year, the Australian Gold Kangaroo has a face value of A$100.

The Gold Libertad is minted by the La Casa de Moneda de México (Mexican Mint), the oldest mint in the Americas (Estd: 1535). Issued since 1981, the gold coin comes with a fineness of .999.

Gold Libertad features the Mexican coat of arms on its obverse and the reverse has a three-quarter side view of the Angel of Independence with the volcanoes Popocatépetl and Iztaccíhuatl in the background. The coin is also available in 1/20 oz, 1/10 oz, ¼ oz, and ½ oz variants.

The Chinese Gold Panda coins have been issued by the People’s Bank of China since 1982. Offering a fineness of .999, the Gold Panda features the Temple of Heaven on the obverse and images of the Giant Panda on the reverse. The Panda image is changed every year with a few exceptions.

The one-ounce Gold Panda coin has a value of 100 yuan. The coins are also available in the Panda series in 1/20 oz, 1/10 oz, ¼ oz, and ½ oz variants. Larger coins of 5 oz and 12 oz were also issued in some years. Unlike coins issued by the U.S. mints, the Panda coins do not carry mintmarks to identify their origin.

Investing in gold has always been a time-honored way of securing and retaining the worth of money. The aesthetically appealing gold coins help in bringing pleasure into the drab world of investing. Due to the same reason, gold coins are highly popular and much in demand, making them a very liquid asset.

Even the best of things retains its worth if it is had in a limited quantity. Do not allow the glitter of gold to bedazzle you. Even as financial experts recommend including gold in your portfolio, they also caution to limit the allocation to 10%.

In the backdrop of the economic and political uncertainties prevailing in today’s global scene, it is imperative for investors to diversify their portfolio and add gold to their investment strategy. This would not only mitigate risks and volatility; it would also bring in easy liquidity and tax benefits.